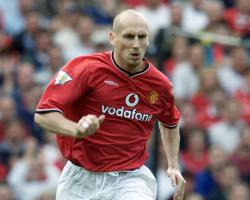 The 43-year-old ex-Holland international, who was introduced to the media at a press conference at the Madejski Stadium, has signed a two-year contract with the Sky Bet Championship club.

He becomes the Royals' first non-British manager and replaces Brian McDermott, who was sacked last month

"We are all extremely excited to have Jaap Stam as the new manager of Reading," a statement attributed to club shareholder Tiger on the club's official website said

"Lady Sasima, Narin and I have spoken to Jaap about his hopes and ambitions for Reading and it is clear to see he is a man with a real passion for football and a lot of energy and enthusiasm ready to put into his new role as a Royal."