England 1-2 Iceland: Looking at Where Every Player from Both XIs of That Historic Game Is Now

OTD in 2016 - 27 June - England died. They died a horrible, embarrassing, destructive death. At the hands of Iceland. Iceland! F all of our Ls.

The thing is, the Three Lions have since been resurrected, with last summer's trip to the World Cup semi-finals attesting to this fact, which means that the Nordic (are Icelanders Nordic?) defeat can now be looked upon with self-deprecating humour. Instead of the name Joe Hart sending shivers down your spine, it now prompts amused sneers.

Besides, Iceland are a great team! No shame in defeat. They've shown that in the proceeding three years. So, here's a chance to reflect on these two teams, and how the key protagonists are faring these days.

The victorious Vikings are up first.

Here is a behind-the-scenes video from the @CocaCola production 

GK - Hannes Halldorsson: This guy is living his best life, for real. By day, he plies his trade at Icelandic side Valur. By night, he's a professional filmmaker. But, being Iceland's Marty Scorsese hasn't stopped the 35-year-old from retaining his place in the national team, with his biggest highlight coming at the 2018 World Cup, when he saved a Lionel Messi penalty to hand his country a famous draw.

RB - Birkir Saevarsson: Also now with Icelandic champions Valur, 36-year-old Saevarsson has had spells with Swedish side Hammarby and Denmark's Brann in recent years. No, he's not an acclaimed filmmaker, but he can occasionally fill in at centre back. Appears to have been iced out - if you will - of the national team, though.

CB - Kari Arnason: Still going strong internationally, this 36-year-old (God, they're all very old), who has played for Plymouth Argyle, Rotherham and Aberdeen (twice!), is now at Vikingur, based in the capital Reykjavik.

CB - Ragnar Sigurdsson: Fulham Legend Ragnar Sigurdsson, more like! What, Cottagers, you don't remember the 17 appearances between 2016 and 2018? Shame on you. Maybe that's why he's gone to Rostov. Yes, he's 33. Yes, he's still out there for the Vikes. And, yes, he scored the leveller on that fateful day.

LB - Ari Skulason: At 32, he's one of the more sprightly members of the backline, and is currently out in Belgium with Lokeren. Once scored a winner against Dunfermline. If that doesn't help you in the next pub quiz, I don't know what will. RM - Johann Gudmundsson: Ok, now we're getting to the heavy-hitters. I mean, sure, his Wikipedia picture may be an actual iceberg, but Gudmundsson is a big name, I assure you. Got a gig at Burnley following the Euros and hasn't looked back.

CM - Aron Gunnarsson: Yes, this is Cardiff City legend Aron Gunnarsson. Need I say more? Except for the fact that he's still Captain, Leader, Legend of the KSI, I think not.

CM - Gylfi Sigurdsson: The £45m man himself. It's a strong midfield. ST - Kolbeinn Sigthorsson: The man who, 18 minutes into that last 16 clash, broke English hearts. And, to be honest, we should've been expecting it, considering his exploits at Ajax. After a shaky four-year stint at Nantes and a gameless loan at Galatasaray, the striker's back in action at AIK. No, not the Greek club, the Swedish one.

ST - Jon Dadi Bodvarsson: I've refrained from using middle names thus far, because it's a bit long, but 'Dadi'? That's gold. And so is young Jonny Bodvarsson who, after a year at Wolves, has found his home in Reading and is happy as can be. Poison me, Jon. RB - Kyle Walker: A year after his part in this monstrosity, Walker earned a £50m move to Manchester City so, clearly, not the biggest casualty going.

CB - Gary Cahill: Currently AWOL, Cahill had one good year left in him at Chelsea following his slipping and sliding in the ice capades, before he crashed and burned. He still thinks he can play at a top-level club, the only problem being no one else seems to agree. They'd be wise not to.

CB - Chris Smalling: Let's be honest, Smalling was sh*te in 2016 and he's sh*te now, so nothing's changed. Thankfully, he seems all-but-out at international level, yet, even more gratefully for non-Manchester United fans, he's as embedded as ever at Old Trafford, following a recent three-year deal. Great stuff.

LB - Danny Rose: A lot has happened to Rose since this ignominious loss, most of it not great, and yet he finds himself in almost exactly the same situation he did in 2016. Funny, eh?

RCM - Dele Alli: Euro 2016 probably came a year too early for Dele. In many ways, he's come on so far in the years since, with a truckload of goals and assists and a Champions League final under his belt, but he also still appears to retain that propensity to go missing when it counts. Puzzling. Great player, though, and has aged the best of this trio, that's for sure.

LCM - Wayne Rooney: Rightly or wrongly took the brunt of this tragedy, with his England career paying the price two years later. Operating in the midfield was a bit of a weird one, yet he was still probably Roy Hodgson's best player. Definitely hasn't worked out how he would've liked it to in the intervening years, but he's banging in 60-yarders for fun at DC United, so it's not all bad. 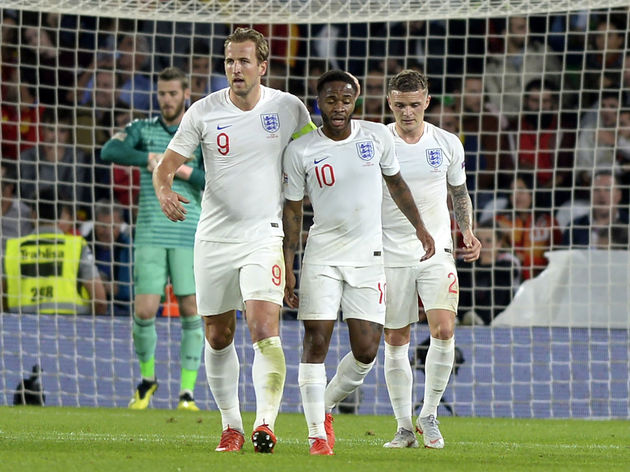 RW - Daniel Sturridge: Poor Studge. He's only 29, yet his career's basically gone. 2016 proved to be his last major tournament, but at least he achieved the biggest moment of the Three Lions' exploits in France with that winner against Wales. Despite all that came after, it's still a Top Ten moment for England at European Championships.

ST - Harry Kane: Gareth Southgate has done a lot in his tenure as England manager, but taking Kane off corners once and for all is definitely up there. Jesus Christ, what a farce that was.

LW - Raheem Sterling: After a somewhat stuttering start to life at Manchester City, Euro 2016 was probably Sterling's last great nadir. Since then, he's gone on to become one of Pep Guardiola's key players, winning the FWA Player of the Year award for his exploits in 2018/19. From National Disgrace to Future England Captain, it's been quite the arc.