From Paul Gascoigne to Ryan Giggs, Steven Gerrard to Cesc Fabregas, many of the greatest players to ever grace the top flight have picked up the award as a fresh faced youngster.

But every now and then, there's a rogue nominee, a player who didn't quite flourish into the world-class superstar that those they were nominated alongside did.

Here are seven names you might not recall receiving a nomination for the prestigious award... ​Does Darren Bent get enough appreciation for what an excellent Premier League striker he was? The forward was super prolific on his day, scoring 106 times in the top flight.

Bent got his first proper shot at the Premier League in 2005/06, when he was thrown straight into the Charlton first team as a 21-year-old following his move from Championship outfit Ipswich.

He found the net 18 times, and was the highest scoring Englishman in the top flight, but cruelly missed out on a spot in the 2006 England World Cup squad. It is universally acknowledged that Darren Bent is the greatest player to never feature at a World Cup. 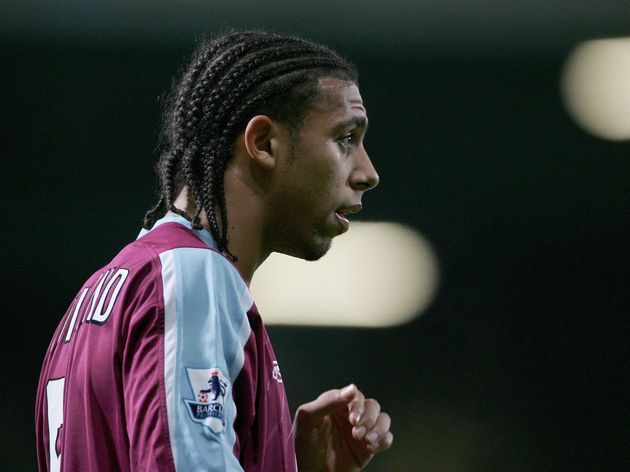 Ferdinand was a mainstay in the Hammers backline, making 33 ​appearances and scoring a truly stunning volley in a 2-1 win against Fulham.

Wayne Rooney won the 2006 Young Player of the Year Award, and would go on to become Manchester United and England's top scorer, while Ferdinand would go onto play for Southend and St Mirren. Reading ​surpassed all expectations during their debut season in the top flight. Steve Coppell's side finished eighth, and missed out on Uefa Cup qualification by a single point.

He lost out on the Young Player of the Year Award to some guy called Cristiano Ronaldo. Gabriel Agbonlahor wasn't nominated just once, he was nominated twice for the Young Player of the Year Award.

Agbonlahor was an exciting, nippy forward on his day, and was an integral part of Martin O'Neil's ​Aston Villa side that consistently challenged for Europe in the late 2000s.

But one by one the cream of the Villa crop duly departed; Gareth Barry, James Milner, Ashley Young and Stuart Downing, leaving Agbonlahor all alone at Villa Park. One day he was on the same award shortlist as Cesc Fabregas, and then gradually his career just fizzled out. Manchester United have had a player crowned PFA Young Player of the Year on eight occasions. Mark Hughes, Wayne Rooney, Cristiano Ronaldo, David Beckham... Rafael. He didn't quite make it nine in 2009.

The right-back was one of those players who would probably get into very few top four sides, yet Sir Alex Ferguson managed to get the absolute best out of him.

It must have been pretty slim pickings in 2009, because Rafael was nominated despite only starting 16 Premier League games. One of the biggest victims of the Sheikh Mansour takeover. Stephen Ireland was so good back in that day, peaking in 2009 when he hit nine goals from midfield during a superb individual season.

Unfortunately for Ireland, Mark Hughes left the following December, and the midfielder fell out of favour with new manager Roberto Mancini.

As ​Manchester City went on to enjoy unprecedented success, spells at Aston Villa and Stoke never really took off for Ireland, and in 2018 he was released by Bolton without making an appearance for the club. Where did it all go wrong? It's easy to forget how good Benteke was during his three-year spell at Villa Park, and that Liverpool did actually have good reason for forking out more than £30m to bring him to Merseyside.

Benteke had quite the debut season in the Premier League following his move from Genk, hitting 19 top-flight goals and earning himself a Young Player of the Year nomination. Impressive stuff, especially considering Aston Villa ​finished just five points off the drop zone that season.

The forward has since failed to score as many top flight goals in a single campaign as he did in his maiden season with Villa.