Return of the Yak 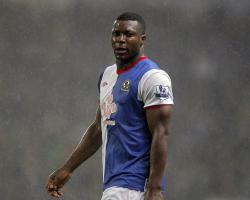 The 32-year-old Nigerian was a free agent after leaving Qatari side Al Rayyan and has agreed a contract until the end of the season with the Sky Bet Championship club.

Royals boss Steve Clarke told the club website: "An experienced goalscorer, Yakubu brings a fantastic scoring record to this club and his addition will complement the strikers we've already got at Reading and help us to improve as a team in the latter stages of the season.

He is a no-risk signing for us and I look forward to him scoring goals for Reading Football Club."

Yakubu was first brought to England in 2003 by then Portsmouth manager Harry Redknapp and scored 28 Premier League goals in two seasons.

He moved to Middlesbrough in 2005 and then on to Everton two years later for a fee of ÃÂ£11.25million, scoring 33 goals in four years on Merseyside.

Yakubu also scored 17 top-flight goals for Blackburn in the 2011-12 season.

He could make his Reading debut against Wolves in the Championship this weekend.