Fog gets the better of Reading and Fulhams clash 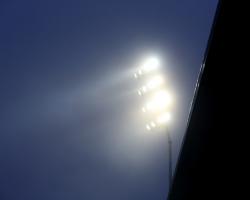 Referee James Linington had twice consulted with Reading and Fulham officials during the first half when conditions began to get worse.

Ironically, much of the fog had cleared during the interval and the second half looked set to take place.

However, an announcement said that conditions outside the stadium had deteriorated and that the game had been abandoned.

With the fog getting worse in the 35th minute, especially at one end, referee Linington spoke to Reading manager Jaap Stam and Fulham head coach Slavisa Jokanovic

Linington ruled the conditions were fit to continue but, four minutes later, he again spoke with Jokanovic

Again, though, the game resumed.

Button saved well from Callum Harriott in first-half stoppage time but the game never made it much further.