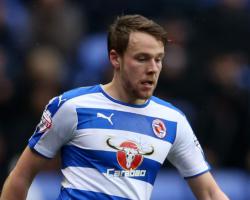 Gunter's existing contract was due to expire at the end of the season, but the Royals have tied down their first choice right-back until the summer of 2018.

The 26-year-old, who has been capped 64 times by Wales, moved to Berkshire in 2012 and has gone on to make over 150 league appearances, while he has been an ever-present this season.

Boss Brian McDermott said on the club's official website: "We are all absolutely delighted that Chris has committed to the club for another two years.

"He was one of the first signings I made after earning promotion to the Premier League here in 2012 and he has gone on to play more than 150 times for our club since.

"In that time, he has also been a real stalwart for his country, achieving qualification for this summer's European Championships with Wales - so it's a really good day for us all."